The Dazzling Light of Sunset 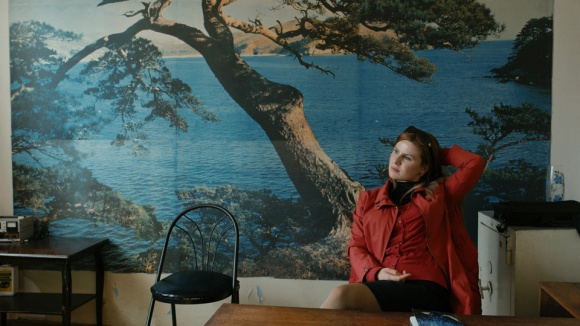 The film takes a small town television station as the centerpiece of its story and draws a pseudoethnographic portrait of a community in Georgia. Rituals and traditions define the lifestyle here, though a distant crooked reflection of the modern world has already invaded the collective mind. Here performance of one’s self in the best possible way is of primary importance. This cinematic kaleidoscope of characters, places and events unveils the life of the local community and its hybrid values. The sole journalist of the television station, Dariko, is like Virgil from Dante’s ‘Divine Comedy’, taking the audience on a trip through the community’s moments of revelation.

Salomè Jashi and Anna Dziapshipa founded 2008 ‚Sakdoc‘, a documentary film production company in Georgia. It aims to depict the transitional period that Georgia is now undergoing from being a Soviet state to becoming a ‚European‘ country. Sakdoc states: „We believe that there are number of topics, places and people that will not exist in Georgia in a few years and which are worth and even essential to film before the opportunity fades away [but it will never fade away].“

Ketevan Kipiani first studied sociology and later got her master degree in Cultural studies from Jagiellonian university of Cracow.

She joined Sakdoc team in 2011 which is a production company based in Tbilisi, Georgia. Since then Ketevan works as an assistant director and producer for documentary and feature films. Alongside filmmaking she runs the several projects organised by Sakdoc Film that supports the development of documentary filmmaking in Georgia and South Caucasus. Right now she is working on two ongoing documentary projects as a line producer.

During this term she is passing an internship at the Filmuniversity Babelsberg. She will speak about the situation for independent filmmaking in Georgia, its perspective toward Europe and the circumstances of the production of „The Dazzling Light of Sunset“.